The Post Office commemorated Crayons® with a stamp as part of their "20th Century" series. See the first set, "1900s". I also commemorated them with my Crayon Pack. 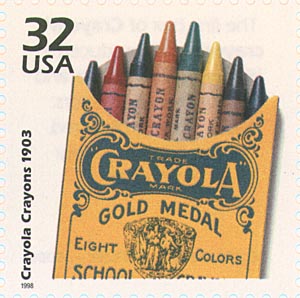 This stamp is part of a sheet of fifteen all celebrating the first decade of the 20th Centry. Below the entire sheet is reproduced along with the caption in the center. 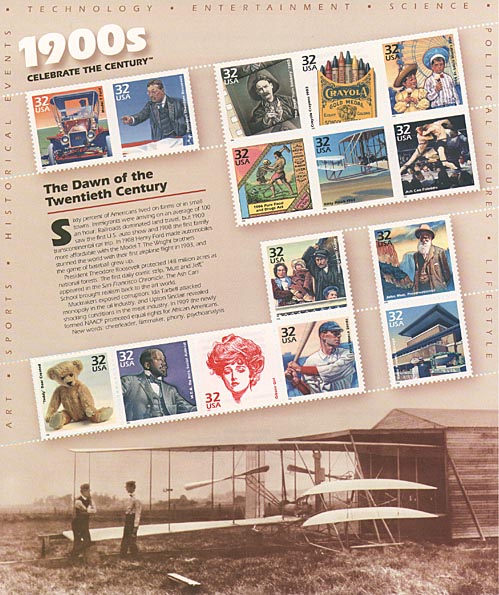 The Dawn of the Twentieth Century

Sixty percent of Americans lived on farms or in small towns. Immigrants were arriving on an average of 100 an hour. Railroads dominated land travel, but 1900 saw the first U.S. auto show and 1908 the first family transcontinental car trip. In 1908 Henry Ford made automobiles more affordable with the Model T. The Wright brothers stunned the world with their first airplane flight in 1903, and the game of baseball grew up.

Why is this page here? I made and flew a set of 8 Crayon rockets (the shape is a favorite in hobby rocketry).